A few days ago the Korea Tourism Organization’s Twitter account released some “stunning pictures” praising the Autumn in Korea. Since they are based in Los Angeles maybe they are not aware of the current weather situation in Korea. 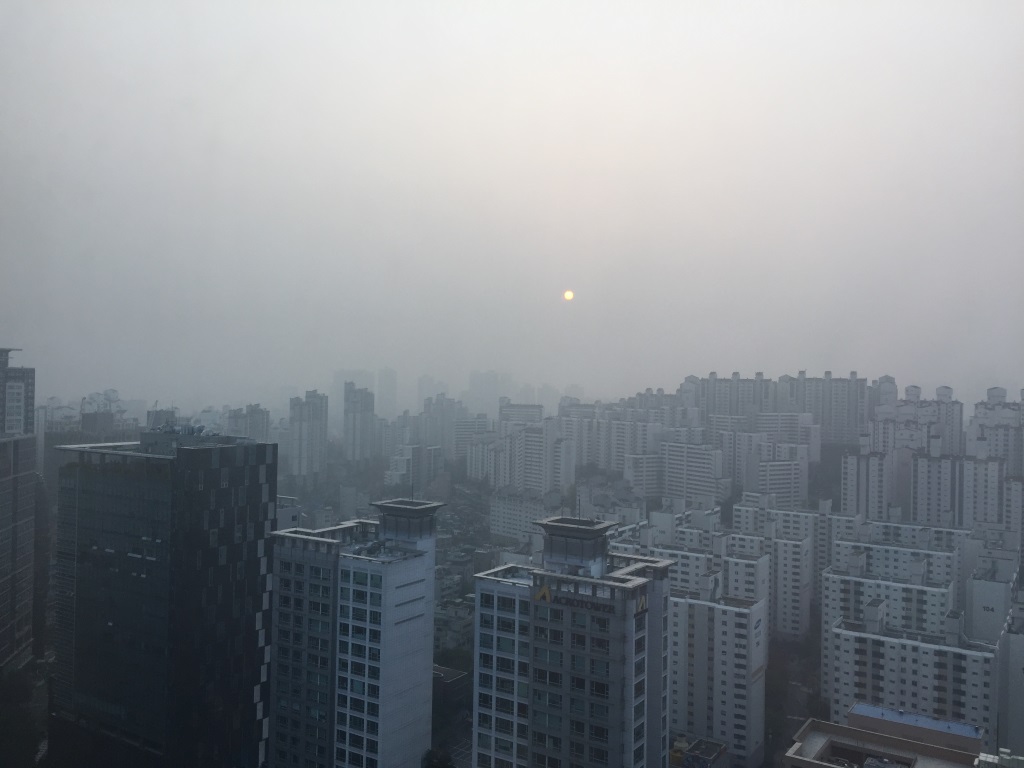 The picture was taken on Wednesday 23. in the morning from our living room. The white circle is the sun. This weather condition is becoming quiet common in recent years, especially in the Winter. It is smog with hazardous concentrations of fine particles. Due to a dominating west wind, the Korean peninsular is getting a good share of China air pollution additionally to the pollution generated within the country itself. Until now the Korean Government does not seem to take any major actions, probably to not pressure the already weak industry with new environmental regulations.